Making of „Girl in the Rain” scene

Last year’s Evermotion Challenge – „Summer in the City” was again an excellent opportunity to create new work. Subject and the formula of the competition allowed for a great freedom of action. When I started to think about the theme of my work, the first idea was about the scene in a city park in the summer scenery, where I could focus on the green. But then I thought this would be too typical and I was looking for further inspiration.

Finally I got the idea to show a street scene in the summer rain, which is specific for this time of year. There are times during the summer, when it rains, while the sun is shining. I thought it was a good idea and I found on the internet reference images for the scene and the rain effect.

I started modeling in Modo 701. I always start with creating models in their basic form and then decide about the final shot. It helps me later to focus on the visible details and ignore what is not seen. So I created the body of the building and the street. I planned the staircase with decorative railing in the foreground. 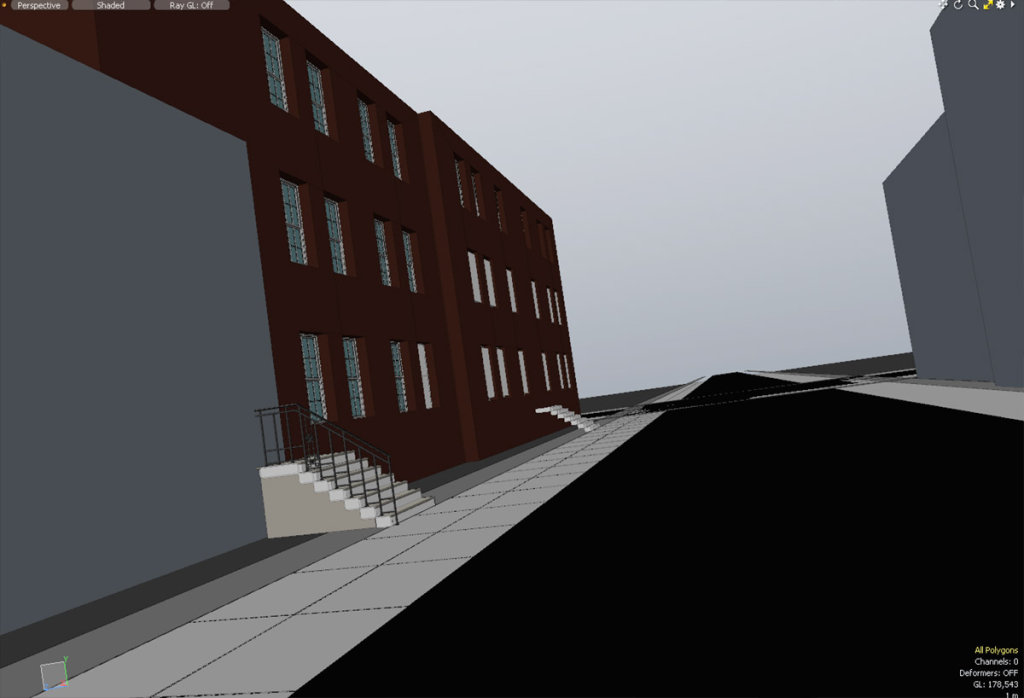 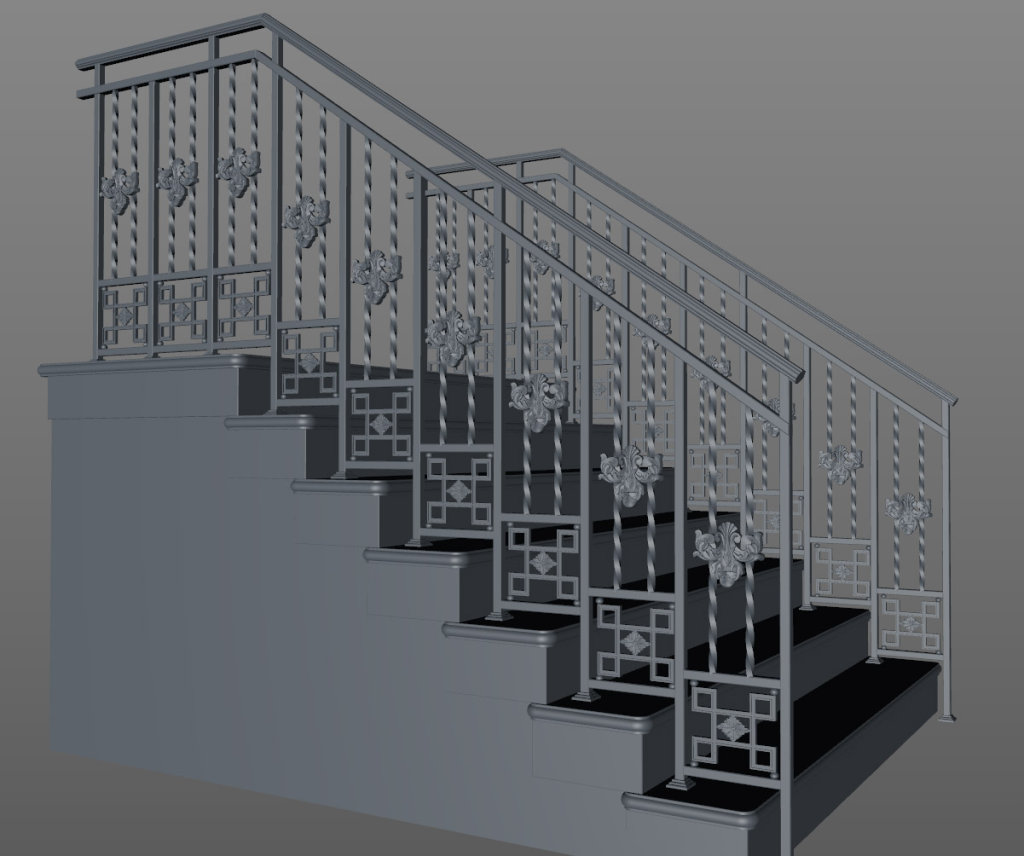 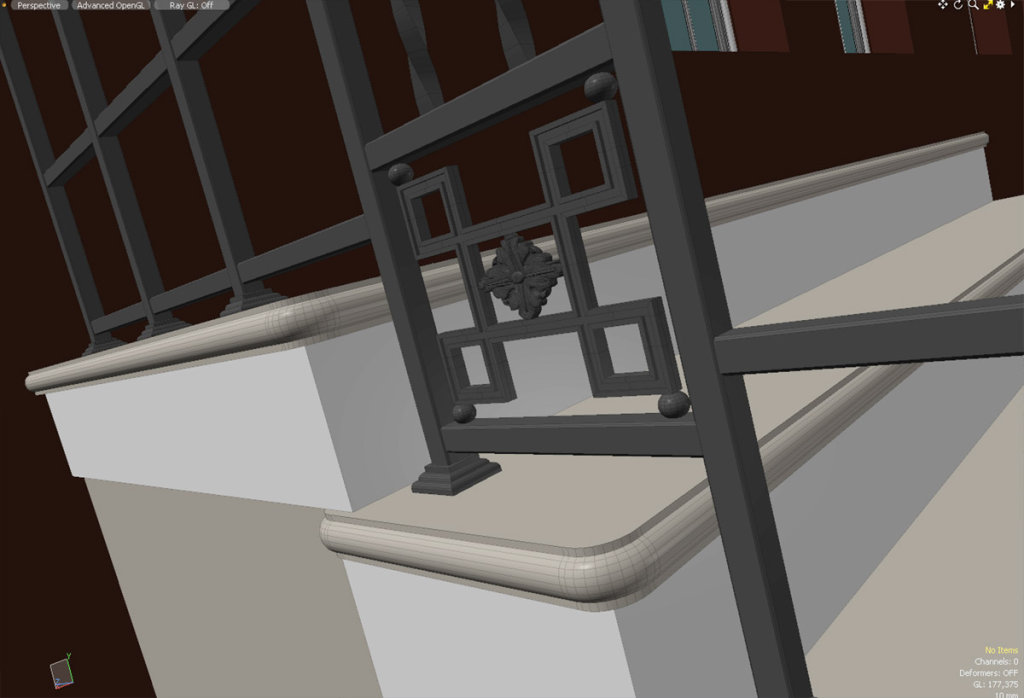 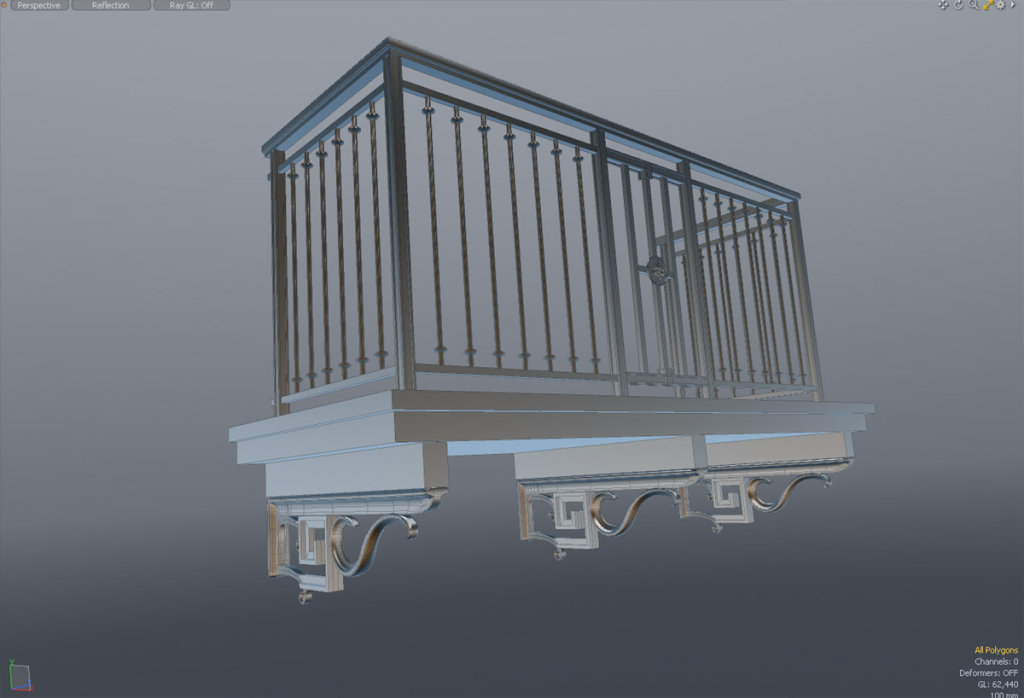 I work mainly in Cinema 4D, I use Modo only for modeling. After completing basic models, I started creating the scene in C4D. I planned to render it with Maxwell. I modeled only the main buildings. For the rest I used ready-made models from Evermotion’s Archmodels vol. 131. I placed models of buildings over a large area, cloning them as instances. 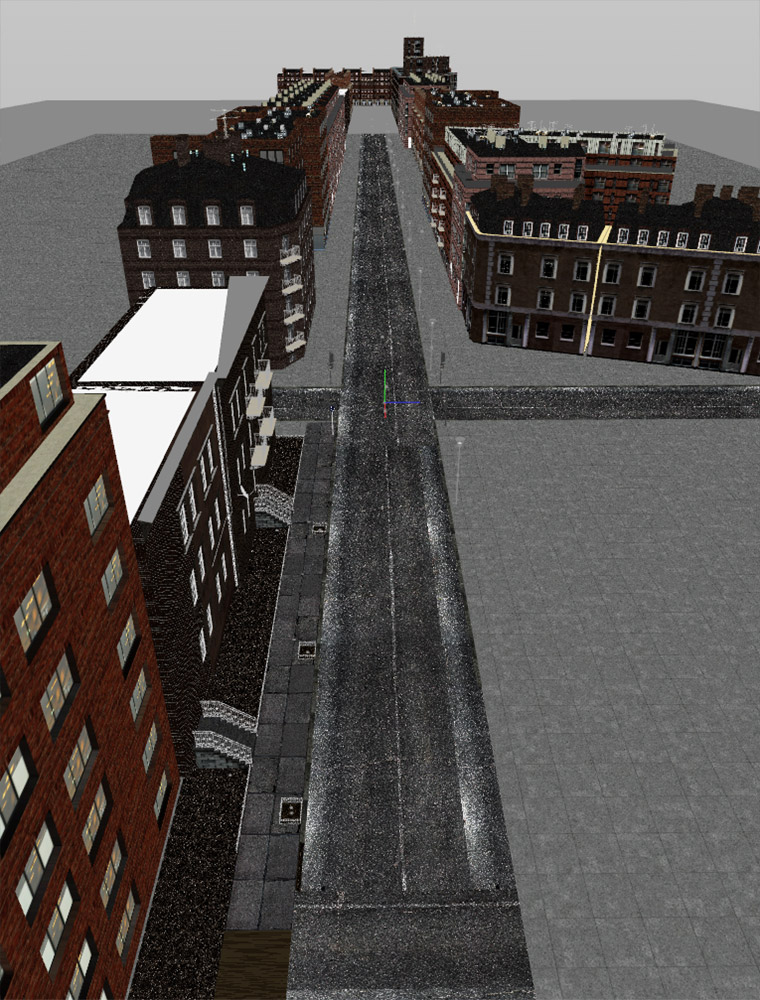 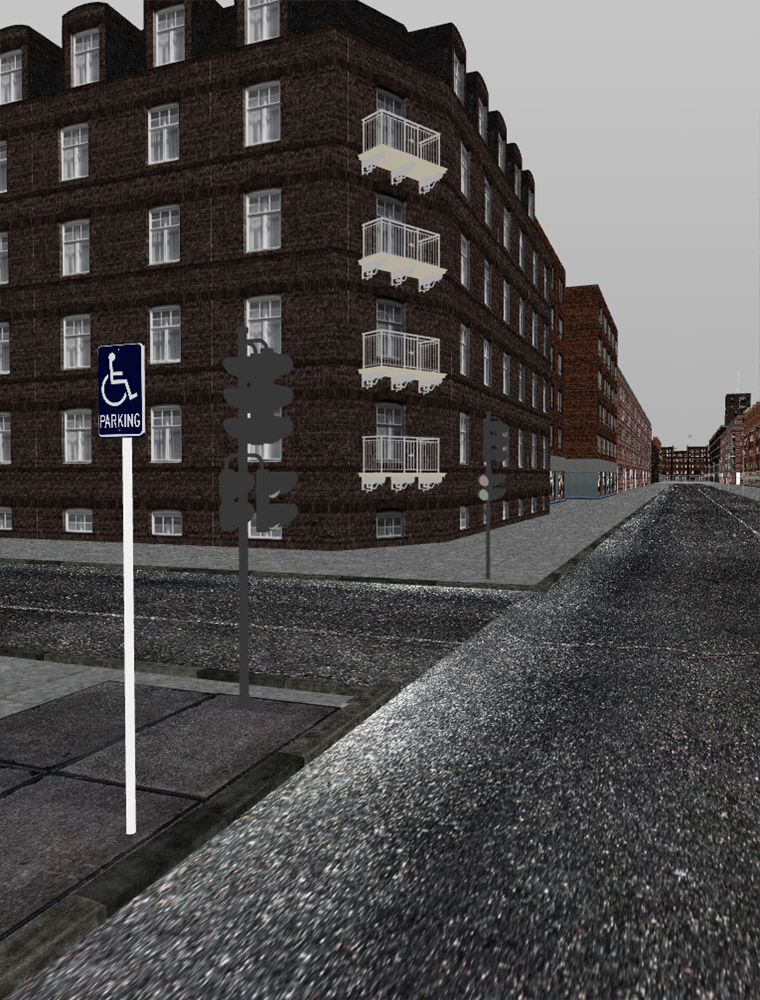 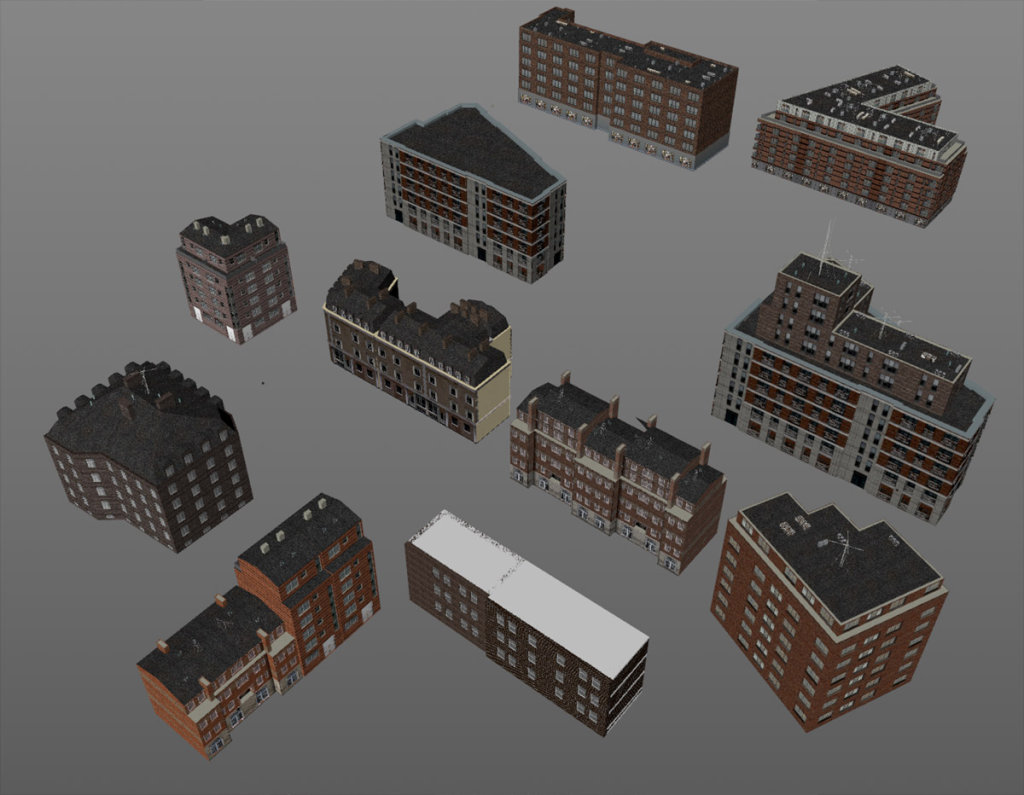 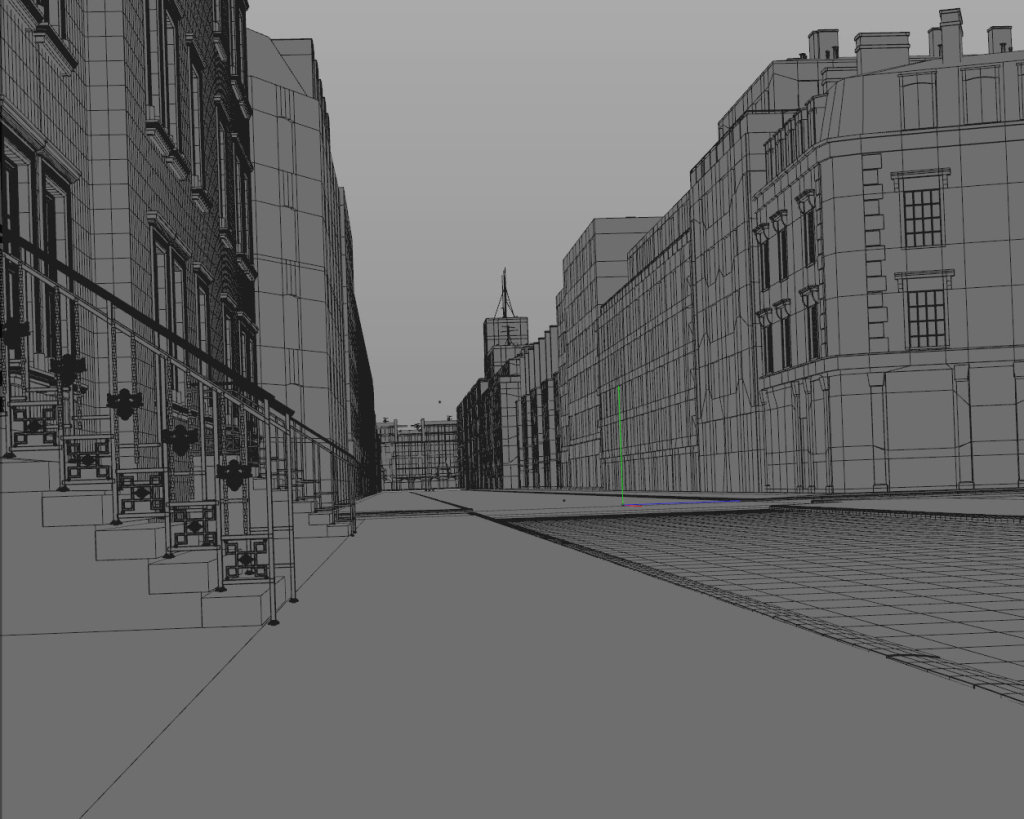 While planning a realistic rendering, I always try to develop a large amount of details in 3D software, not in post-production. I use detailed textures.I use highly detailed models for foreground elements. I have collected the appropriate models for the plants, pavement and other elements. 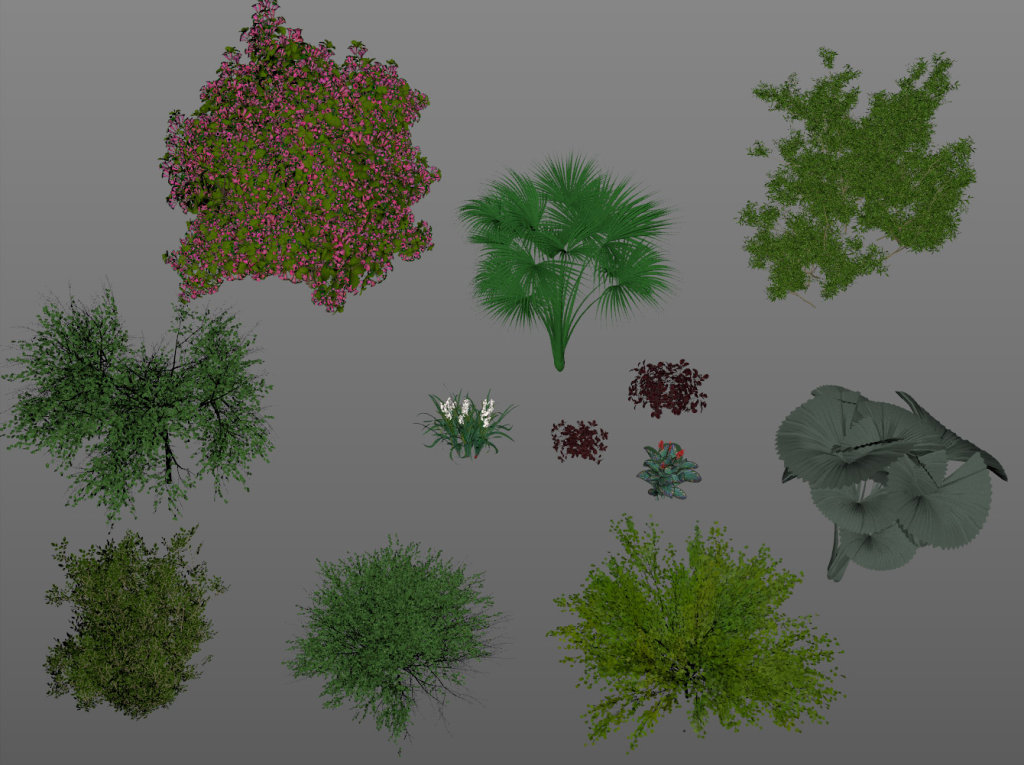 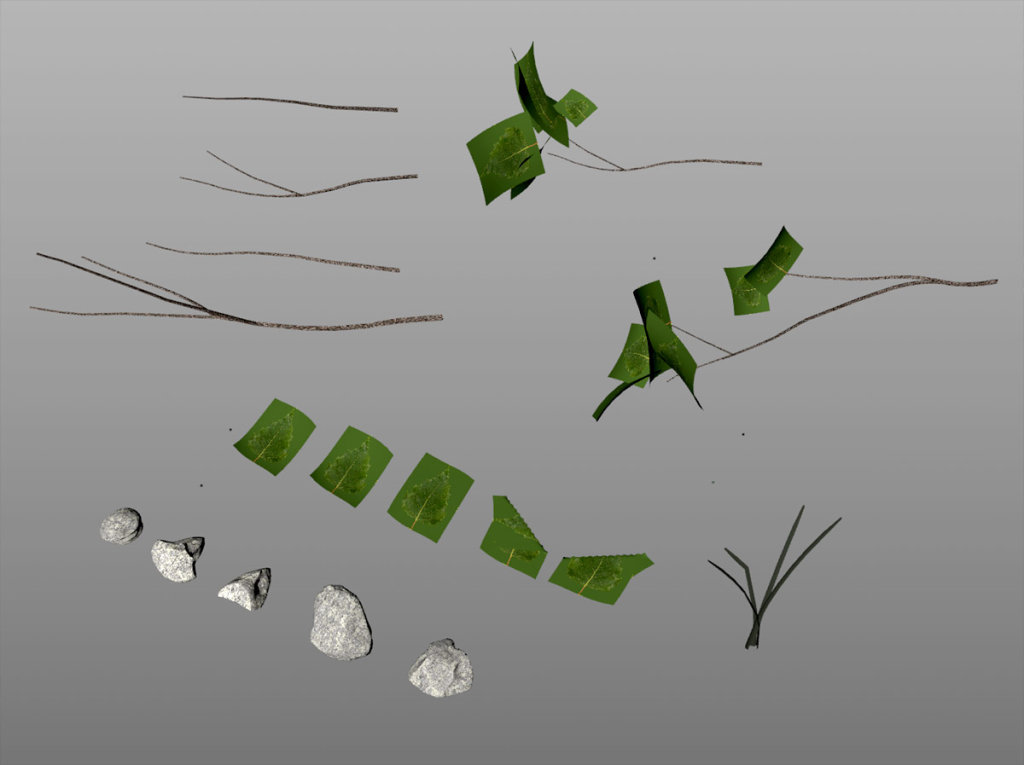 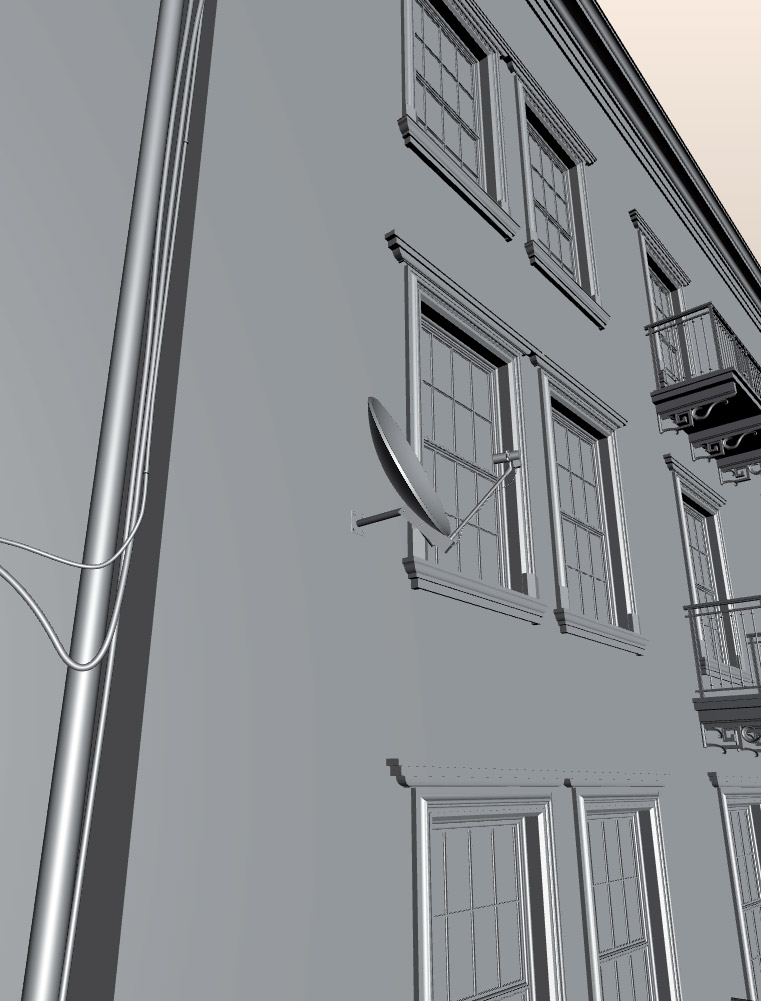 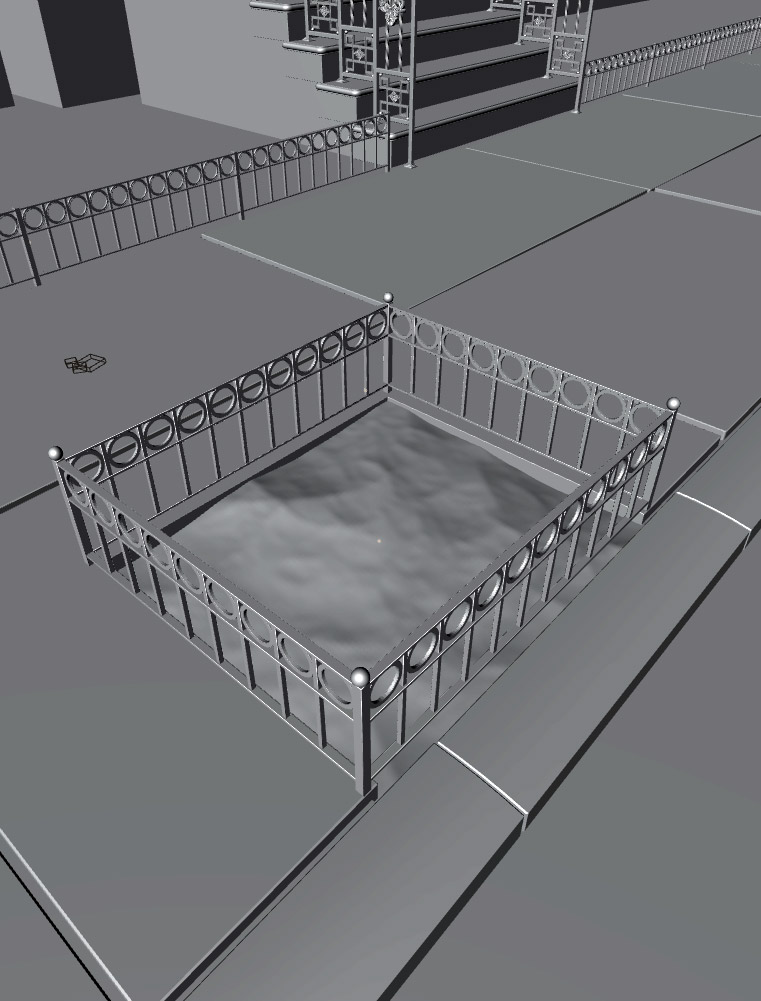 After arranging the scene, I started creating materials of wet surfaces. I wanted to make highly detailed pavement. After laying flagstones, I added Randomize modifier with small values to the whole pavement to diversify positioning of flagstones. I made appropriate textures for each of the six source objects of flagstones. I controlled reflections by the corresponding displacement maps. I flatted the displacement using the appropriate tint of gray color to get a smooth surface of puddles. 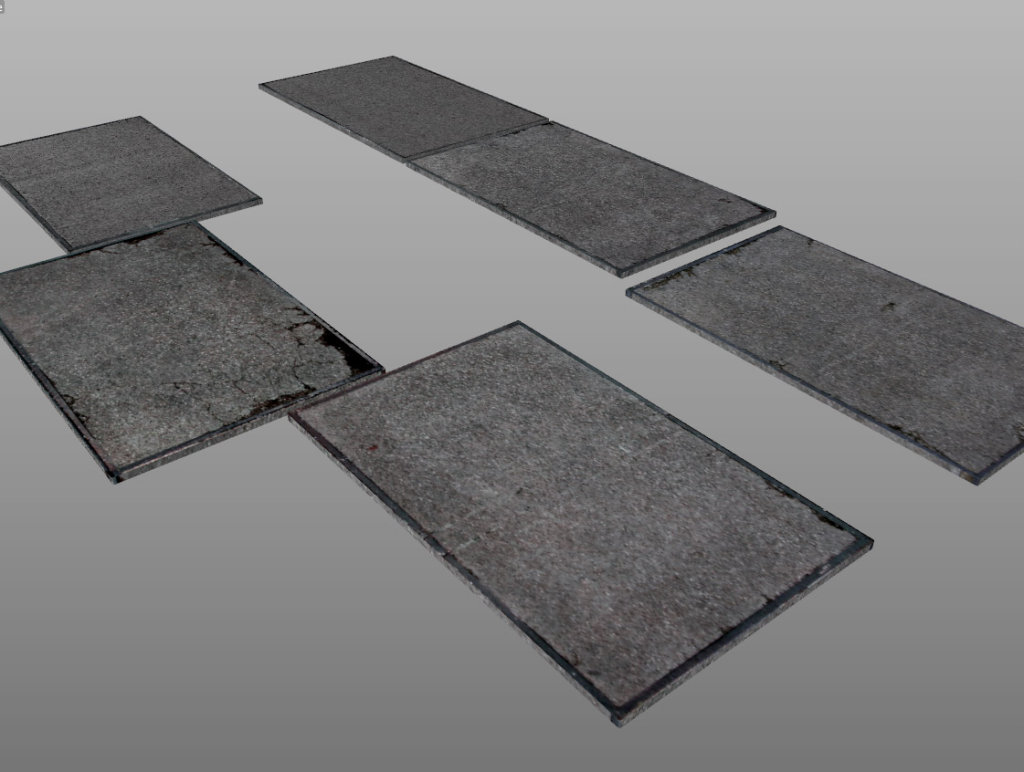 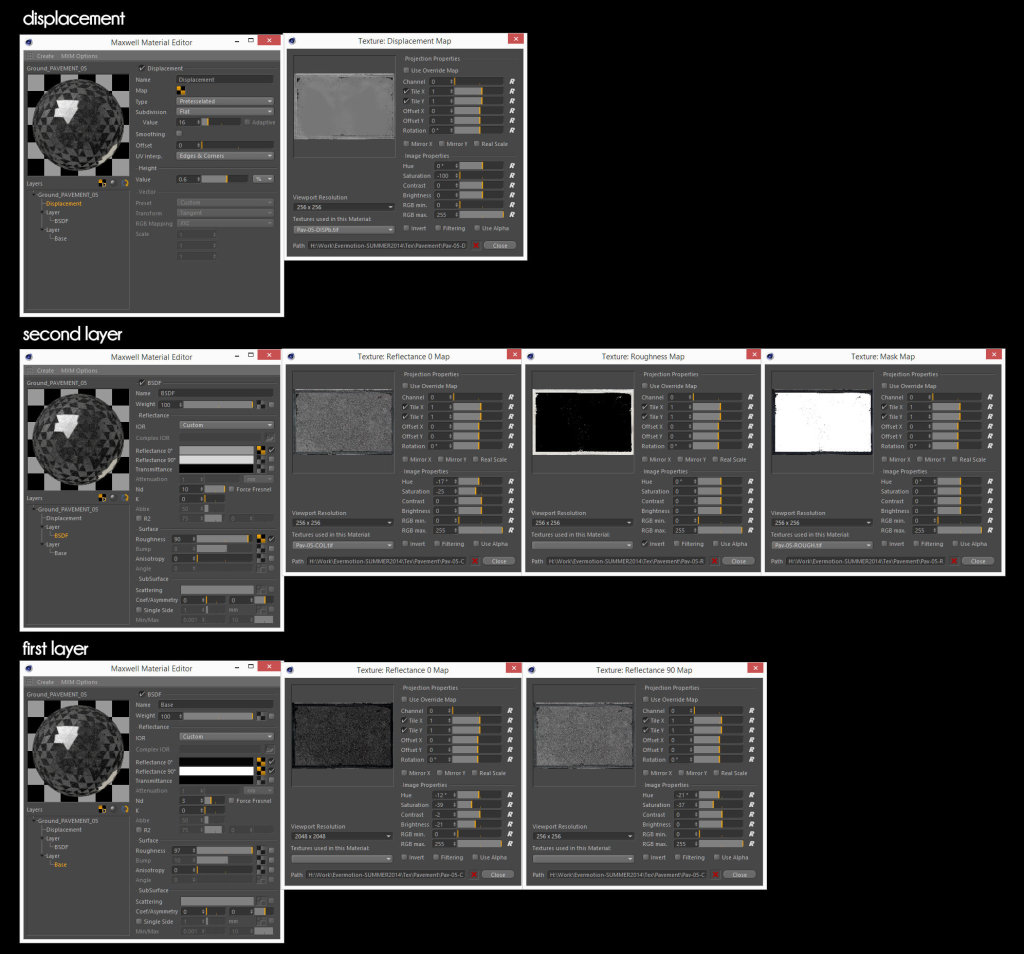 I added plants to my scene. I took most of the models from Evermotion libraries. Trees by the street were made in the Onyx Tree Generator. I took special care of leaf materials, I wanted to be sure that this shader will look well against the light, because I pointed camera towards the sun. 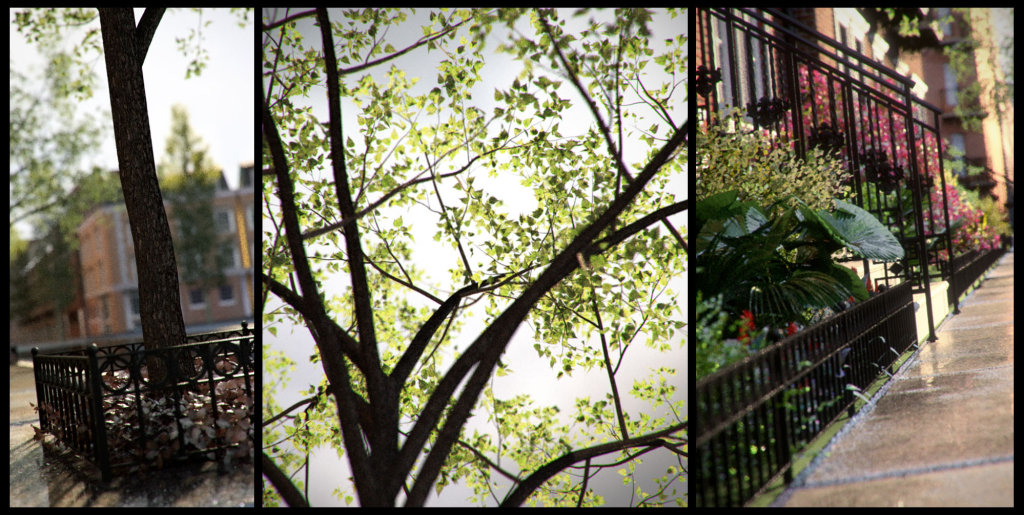 I also made leaves wet. Above you can see Maxwell shader settings. 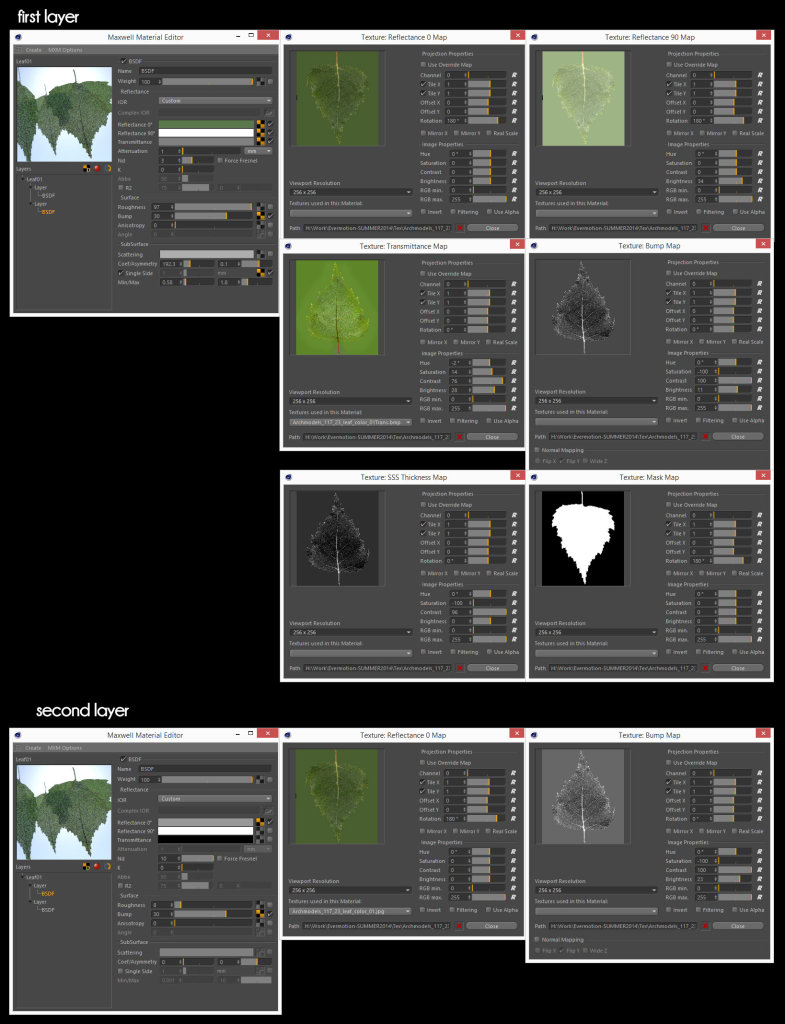 Main feature of this scene is realistic rain. I planned to achieve effect of a photo taken with a very fast shutter speed, that “freezes” the raindrops in the frame. I have found relevant reference images on the net. 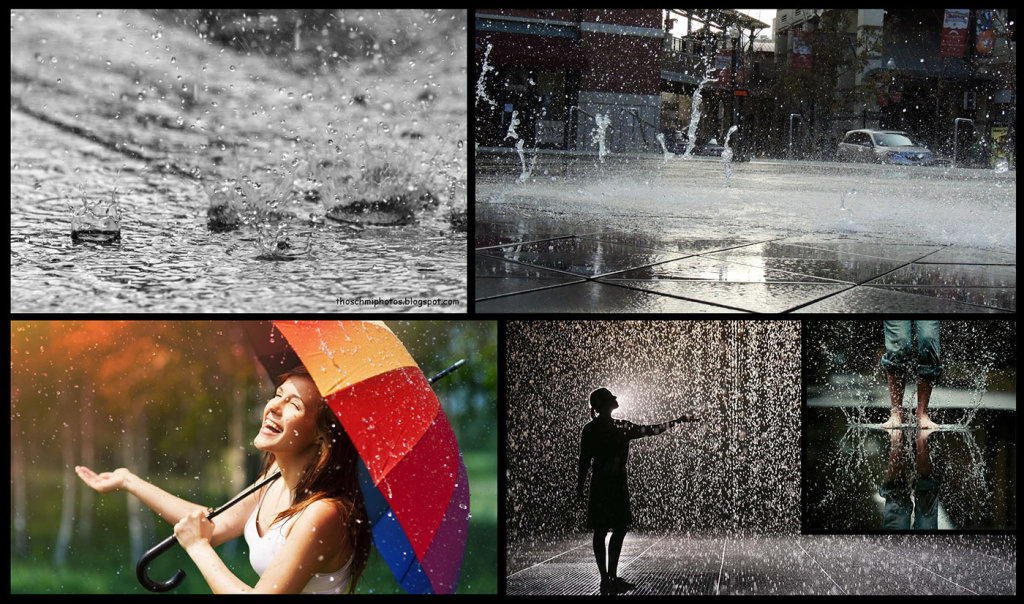 Before I create FX in 3D, I always try to understand how the phenomenon is created in the reality. In the case of the rain I split the whole process into 3 elements. The first element are raindrops in the air, frozen by a fast shutter speed of virtual camera. The second element are drops falling on a sidewalk. The third phase is a fast-flying small droplets reflected from the pavement, resulting from the breakdown of drops falling on the pavement. Interestingly, these water droplets move with a such high speed, that the motion blur occurs even with fast shutter speed. I used the object motion blur function in Maxwell to simulate this phase in 3d and I animated this effect using a particles system in Cinema4D.

I started by creating objects of water for each rain element. I used Modo Splash kit. 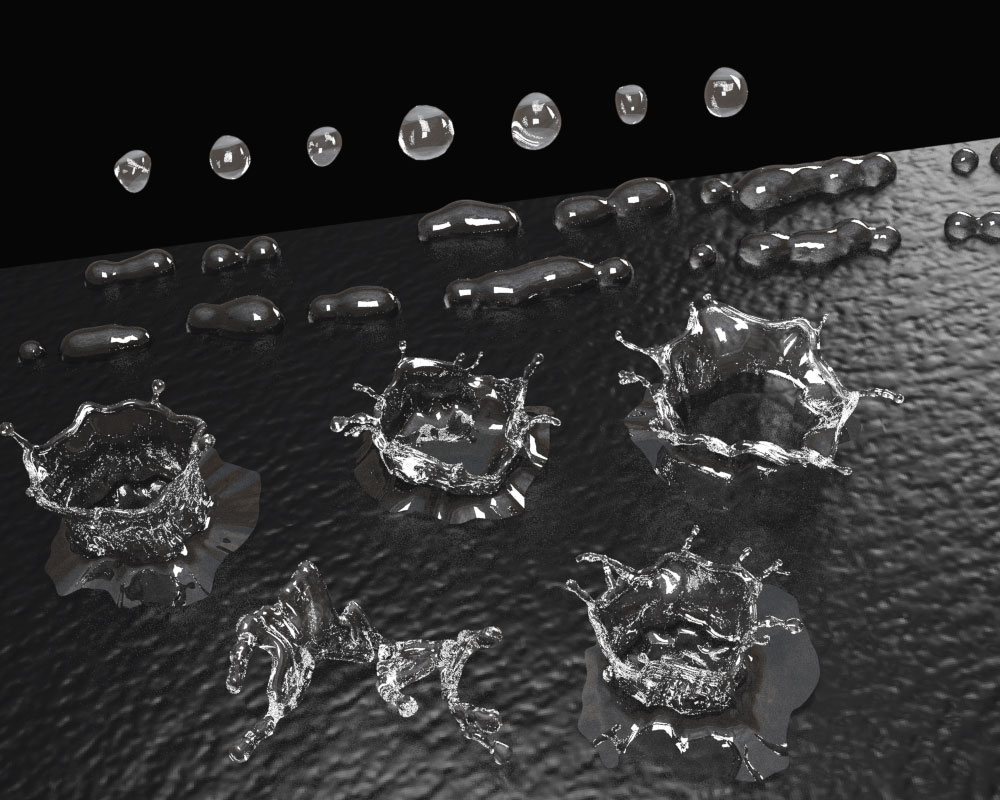 I created an irregular object consisting of a large number of raindrops and duplicated it as an instance in the main scene. 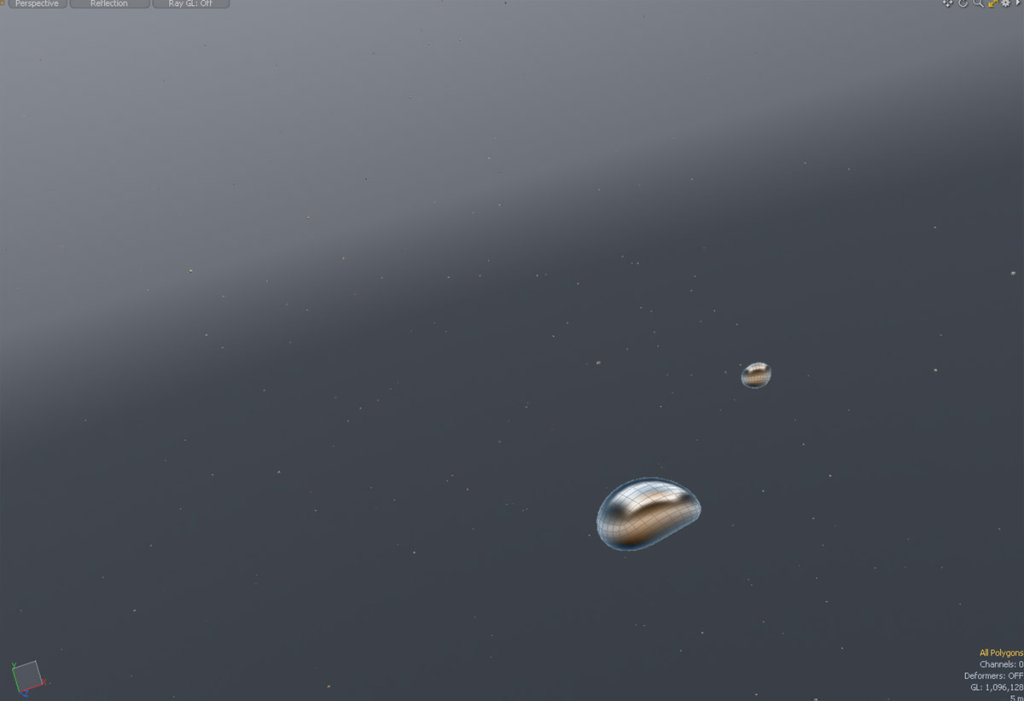 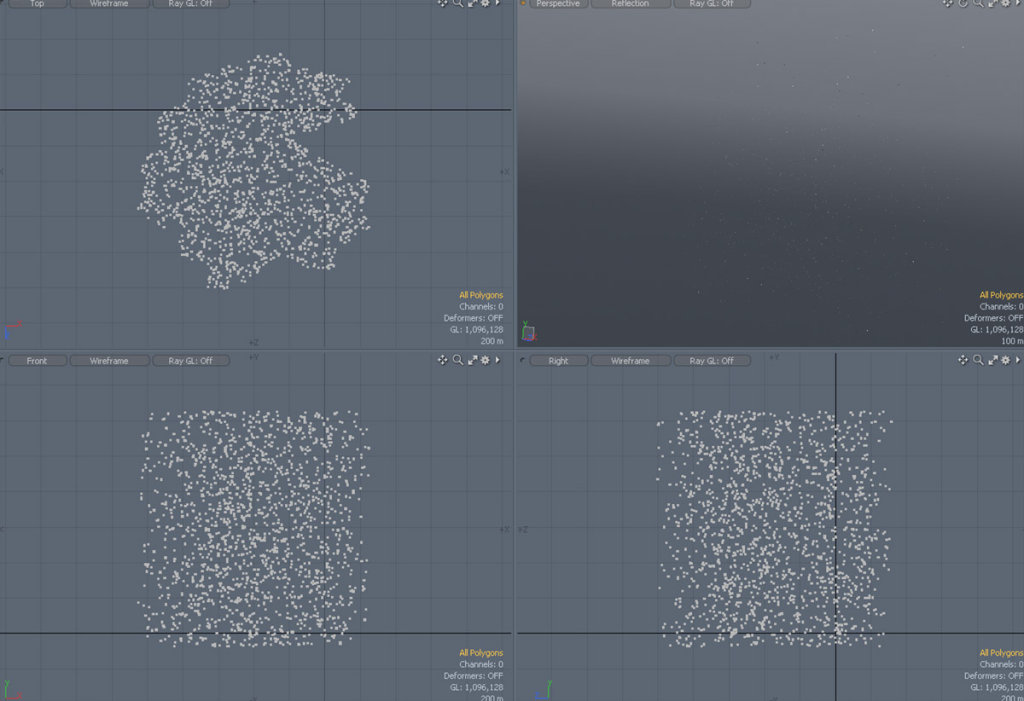 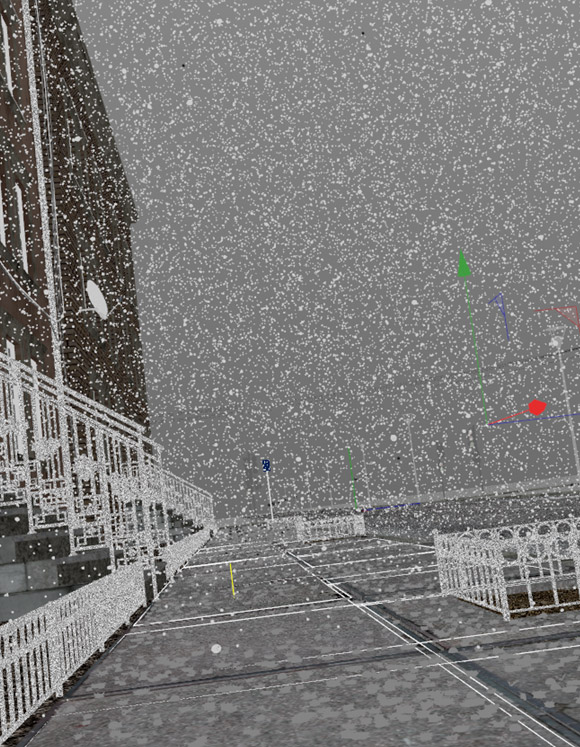 I added smashed drops on the pavement and drops falling from objects in the scene like bushes and metal railings. The first tests of wet pavement and rain were successful. I was satisfied by the effect I achieved. 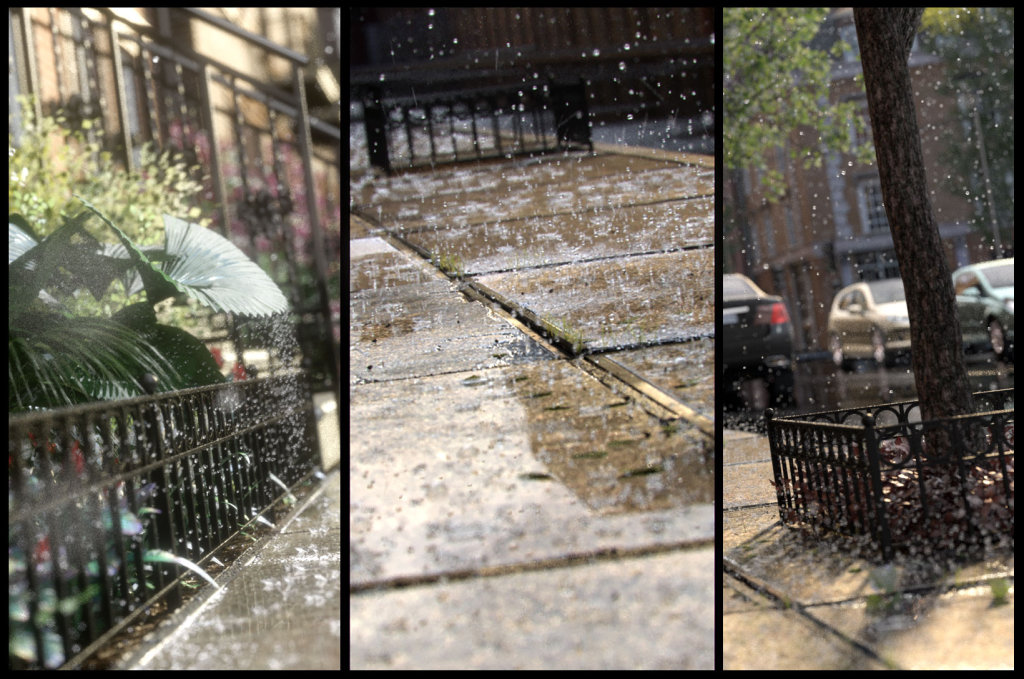 I found an interesting reference photos of cars, but I decided on a typical variant of parking in my scene 🙂

I illuminated the scene by Maxwell Sun & Sky system, which I set as the source of light in the illumination channel. 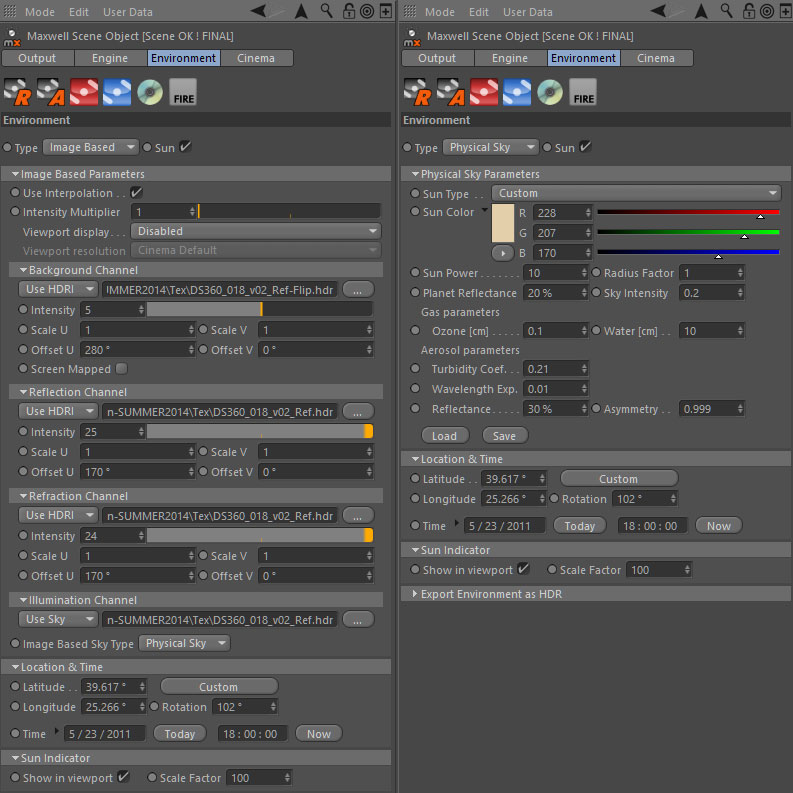 I also used HDR bitmaps in the background, reflection and refraction channels.

I tested the scene in the diffused light, but I couldn’t get that summer look without direct sunlight. Finally I decided to make a vertical image. Additionally, I rotated camera on the Z axis to make the scene more dynamic. 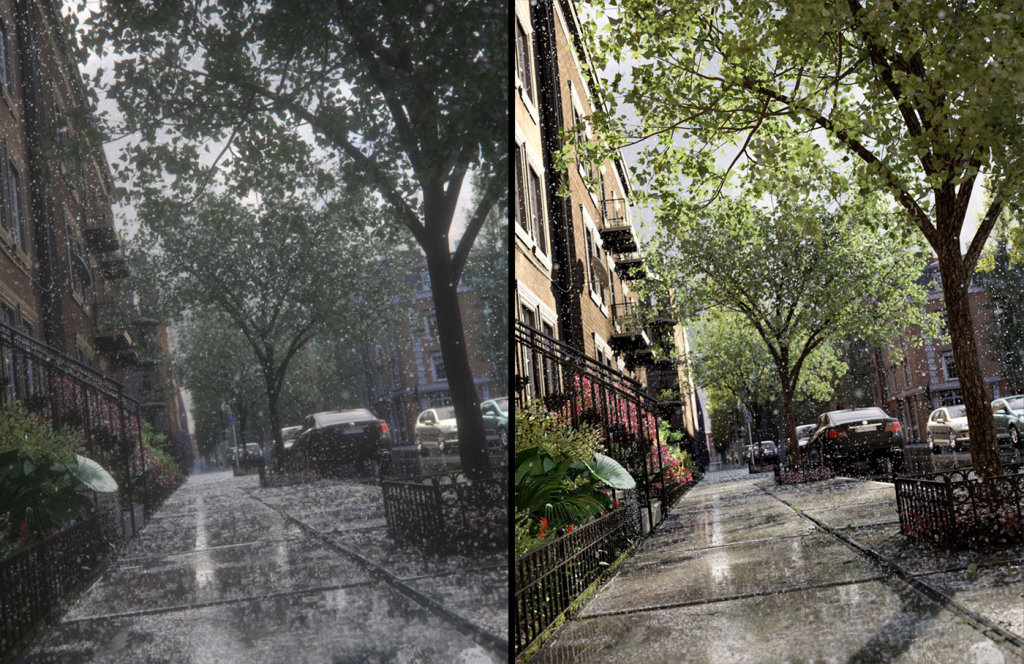 The girl and post-production

As I mentioned before I wanted to get a dynamic shot. I wanted to emphasize frozen movement. So I turned the camera by the Z axis, and when the scene was almost ready, I started to think about adding a character to fulfill the image in several aspects. I have searched the web and bought a picture of a girl with an umbrella. The girl is dressed appropriately for the summer season. I decided to use this character, because her clothes were also suitable for my compositions with rain droplets. It was a perfect match. Also her position was suitable. I’ve tried other configurations of characters, but it didn’t work. To make her position more dynamic, I added a leaping dog, gasping raindrops. I decided to add a 3D leash.

For post-production I used Adobe Lightroom and Red Giant Looks. I rendered additional channels: Z, ID and the fresnel channel. The final post-production focuses on levels and light effects. 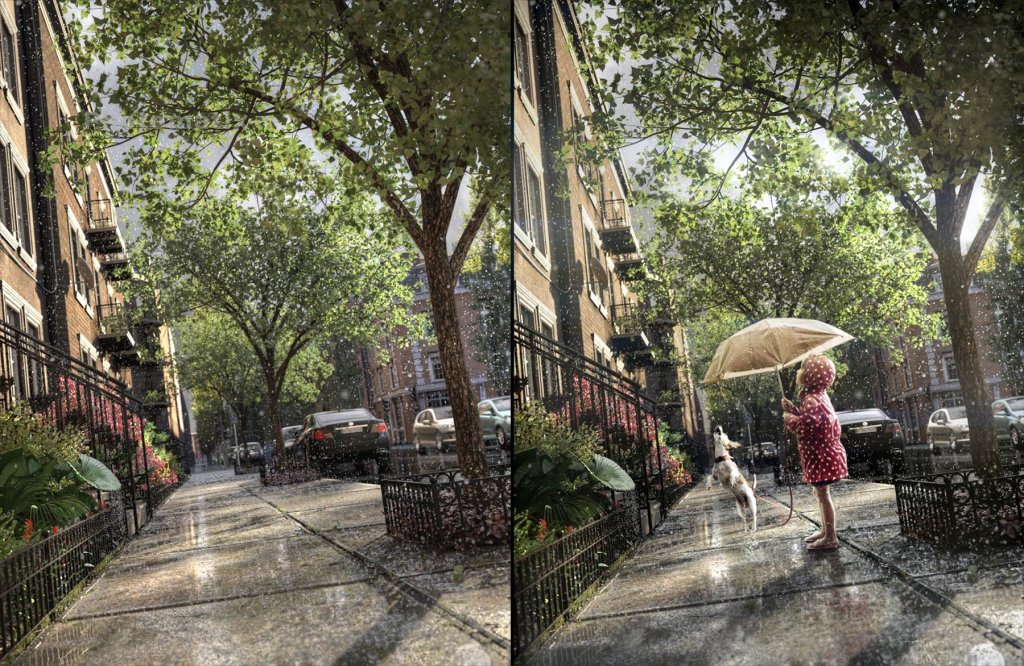 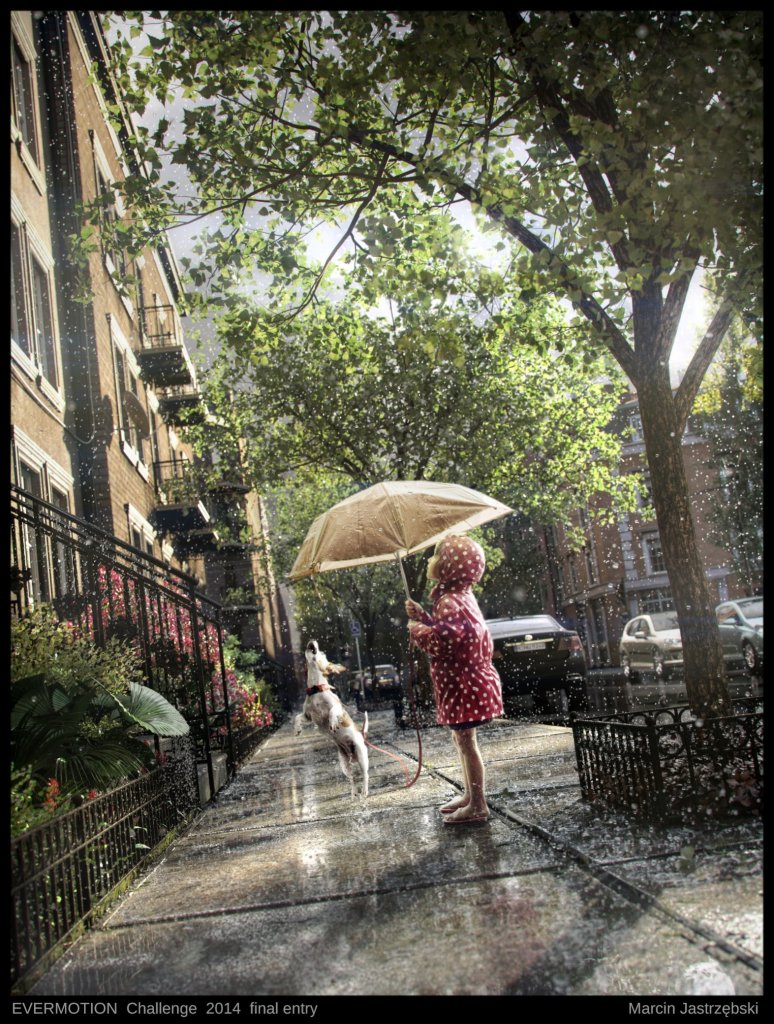 At the end I would like to once again thank the jury for the award and Evermotion for another, well-organized contest with great prizes. Thank you to all participants and forum users which visited the contest threads, for the great atmosphere!